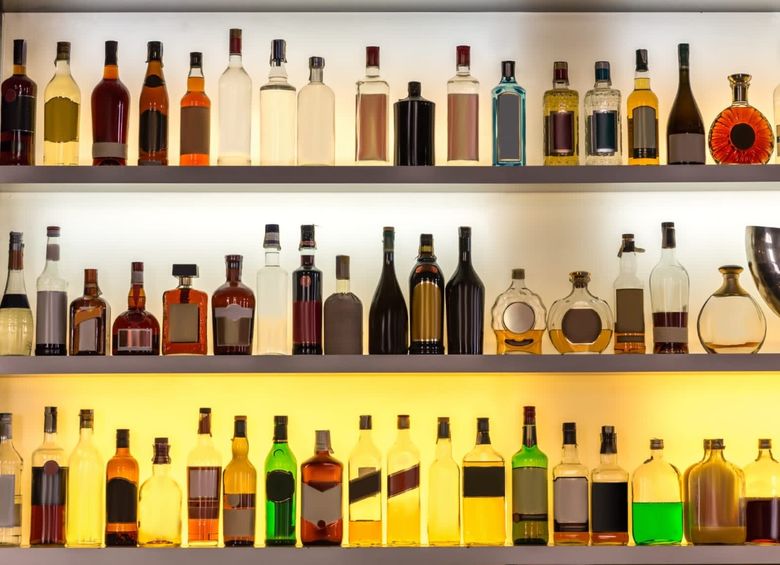 MIAMI ARAK: pronounced as Miami AR-Rak, is not your regular arak.  For many people, Arak is not as familiar as vodka, gin, scotch, cognac, whiskey or rum.  Most likely you won’t find this drink in stores or on liquor shelves in restaurants, bars and clubs across most of the world, unless a concentrated group of Mediterranean locals reside in the same neighborhoods as these restaurants and entertainment venues.  But to a large cohort of people across the vast Mediterranean, like Lebanon, Turkey, Greece, Israel, Syria and other Eastern Mediterranean regions this is the drink they grew up with.  And you can be sure these folks won’t stumble pronouncing the words Miami Arak.

What is Miami Arak?

As with most arak drinks, Miami Arak undergoes a careful distillation process that keeps in line with the traditional and timeless formulas used to produce arak for centuries.  During this process Miami Arak drinks are flavored with aniseed, giving its base a mild black licorice flavor, and infused with natural flavors.  The outcome is a richly crafted collection of drinks that are so smooth, distinct in quality, and packed with a punch of aroma and fine taste.  The Miami Arak collection consists of Bubble Gum, Lychee, Toasted Marshmallow, Lemon-Lime, Espresso, and Original.  If you’re wondering how the developers of Miami Arak came up with such awesome flavors, their philosophy would hinge on the fact that life is a continuum of impressive and meaningful threads that link the past and present, and give hope to an even more creative future.  Miami Arak pays homage to the heritage of their past with the modern-day inspiration that Miami culture nurtures them with today.

How is Miami Arak different from plain arak?

Many Arak brands exist in the market.  You can assume that they will all taste fairly alike, with some variances in quality.  Arak drinks have a high alcohol content and are primarily based on one flavor – anise.  Unless you’re an alcohol connoisseur, drinking pure Arak will fire your throat and chest as soon as you ingest it.  For that reason, Arak is recommended to be taken with water and ice to dilute the strength of its alcohol.

Miami Arak has broken tradition by introducing five new fun, bold and fresh flavors to the spirits and Arak world, a phenomenon that has never been done before.  The uni-flavored Arak drink that we all once knew has officially come to an end…and a new beginning.  You see we love Arak.  But the time has come to bring this timeless flavor up to par with the multitude of cocktails that can be made today using Miami Arak.  The possibilities are endless.

Unlike its counterpart, Miami Arak’s base anise flavor doesn’t dominate, and certainly not in combination with each of the other Miami Arak flavored drinks.  For example, before you begin to drink Miami Arak Toasted Marshmallow, you can literally smell the aroma of the Marshmallows that have been toasted.  The entire experience of this drink is sensational, arousing curiosity and excitement before the drink even hits your taste buds.  After it’s swallowed the words “Ouch!” never come out of your mouth because you’re not burning anything on the inside!  Rather something like this will fly off of your lips: “Oooh, that’s good!” or “WOW, that’s amazing!  I want to try another flavor!”  To date every Miami Arak flavor has been tasted by people from over 40 different nationalities, and it looks like this party, and bottle caps (no pun intended), is just about to pop off.

Miami Arak has crossed over gender and cultural boundaries to find favor with men, as well as women.  This narrows an historic gap when Arak was predominantly enjoyed by men only.  It seems that there’s a preferred Miami Arak flavor for everyone, which makes the producers of this awesome drink even happier.  Truth be told, the intention for producing these flavors was so that no one would be left out of this happening celebration.

The next time you’re out look for the bottle that’s having the most fun on the liquor shelf.

Don’t be nervous if it’s not the old and familiar liquor you’ve known all your days.  Miami Arak is sweet and joyous to party with.  You won’t mistake Miami Arak from the other bottles; its artistic label and colorful bottle caps are eye candy, a cool signature indeed, to help you identify it as you search for the drink you’ll try next.  Cheers, to good vibes and happiness.

previous
Miami Arak Is Striking High Notes With Its Drinkers

Arak of Her Eye. Miami vibe calls for a tropical

Happy Valentine's day to you and your loved one. A

Nothing beats a classic. Enjoy the sweet simplicit

Celebration is better together. Create lifelong me

Take a sip of a Mediterranean classic with a twist


Error: API requests are being delayed for this account. New posts will not be retrieved.